Don’t Eat Meat? Here are Some Snappy Comebacks to Common Attacks on Your Food Choices One of the funny things about avoiding meat or eating vegan is that you learn more about nutrition than you probably ever really cared to know. For some reason, this particular dietary choice is put up against constantly. As a previous meat-eater, I was never asked the finer points of my nutritional chart by others. Now, it’s something I go through on a regular basis. Granted, some folks are truly interested in how the diet works, and that’s that. It gets a little tiring, but an explanation is often worth the effort. However, when some buckle-bursting, constipated sphincter with a cheeseburger in hand and an unprovoked bone to pick comes at me, it’s nice to have an appropriate retort for whatever thought-provoking comment is hurled my way. So, in an effort to arm my fellow eaters of “rabbit food,” here are some snappy quips for some of the most frequently flung insults. Remember: Save these for the trouble-starting windbags only, the ones who couldn’t really care less about your health. Giving everyone attitude does a vegan diet a disservice.

1. Where do you get your (fill in the blank with vitamin/nutrient) from?

The word protein has filled in this blank so often that it’s just sigh-inducing. Calcium is probably a close second. Rather than tottering on about theprotein in legumes, quinoa, nuts, grains and everything else, or listing out all those dark leafy veggies with more calcium than dairy products, I like to answer that question with a question of my own: Where do you get your magnesium? This comment usually comes directly after a combative stranger finds out I’m vegan. Believe it or not, I haven’t tried to convert them, nor pulled out my picket sign for a protest. Usually, I don’t even say a word. Sure, I could argue this point effectively, but what’s the use? This comment isn’t meant to be dialogue; it’s meant to shame me into admitting my dietary inadequacies. So, riddle me this steak-lover: How come people who eat a plant-based diet live longer than those who eat a diet rich in animal-based foods? 3. Then, why is it okay to kill a plant? They are living things, too.

Now knowing the environmental impact of meat and dairy production, and the health risks of its consumption, this argument doesn’t necessarily apply to many plant-based eaters. For us animal lovers, maybe this is one argumentative coup de grace that deserves some thought. However, faced with blunt-brained attack, it’s not really the time to reflect but to deflect. Hence, a simple “Pick an apple and kill a pig and tell me if there are any apparent differences,” might suffice as you breeze by without stopping. We are hardly built like a lion or wolf. Anatomically, our digestive systems much more closely resemble herbivores’. However, that’s beside the point. Biologically, humans aren’t meant to fly, swim underwater for forty-five minutes or sit in chairs for hours a day. Furthermore, considering dairy products, admittedly different but probably applicable, in no way are we “meant” to nurse from another species or as adults. However,  I find it’s just easier to note thatanimals weren’t meant to be domesticated, bred into unnatural oddities, and raised as they are now.

5. People have been eating meat for millions of years.

Of course, humans (at least the ones in this discussion) are not eating or acquiring meat as was done millions of years ago. And, millions of years of other people doing something differently has no bearing on someone’s current personal choice to do something. For that matter, people have also eaten plant-based diets for millions of years. However, it might be better to be equally frank:People have been stealing from the poor, raping the innocent, killing each other, hating for stupid reasons and smelling bad for millions of years as well. Does that make it right? 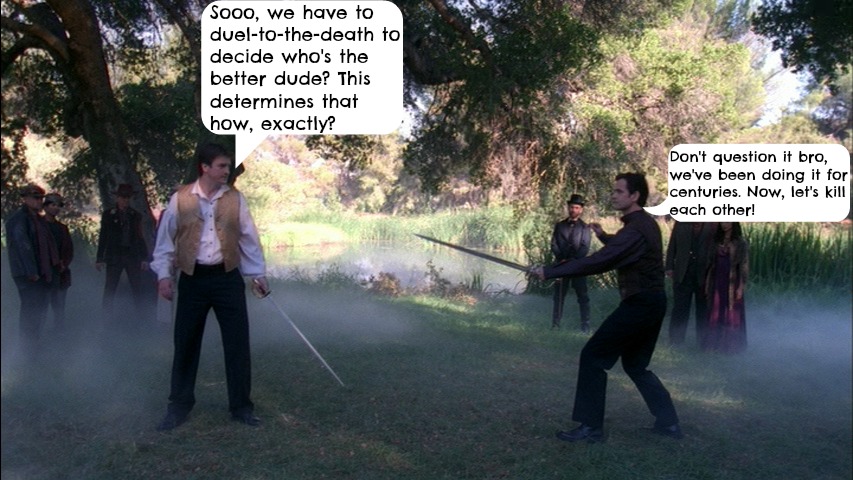 6. You can’t get all the nutrients you need from plants.

If someone asks about B12, I give them credit for knowing a thing or two about the situation. There is no wholly-accepted, naturally-occurring plant source for B12. For all eaters, as most of us are deficient, it is a good idea to know where your B12 is coming from, and getting sufficient B12 doesn’t require animals. Moreover, doesn’t this negate all the ill effects linked to meat and dairy consumption? But, I find it’s just faster to  say, “Lower risk of the following: heart disease, high blood pressure, hypertension, type 2 diabetes, cancer, and obesity. As you can see, plants win!

Love your post, i just have 7 months of vegetarian and i fell related to this 100%!!!