It was about midnight and we are just slipping off to sleep when screams of severe pain snapped me back to reality. Someone was murdering a child outside our bedroom window. I jumped up and peered out. The body was slung to the branch of a tree and was howling pitifully. They are skinning it.. Its a Goat.

Poor kid..I could see the black shapes moving among the shadows..and realized that the neighbors were satanists and are performing a sick, sadistic ritual to placate their evil… hi im just curious as to what i can use when baking instead of using things like eggs. im still deciding whether or not to cut out dairy and egg in my diet. btw i only eat eggs in baking goods like cakes and muffins etc. not when i can see them coz ive never really liked the taste or smell  of eggs. :) im just wondering if there's like other alternatives and where i can find those things and if they taste good. thanks :)

p.s. i live in New Zealand and it seems like…

Help from the diet conscious

I am jumping into the diet and exercise pool with both feet.  I was told by a fitness advisor that I need to be on a 1700 calorie/day diet for the first few weeks.  I can figure out what I need to eat to maintain that diet, but does anyone have any ideas on what I can snack on that won't add to my caloric intake?

I'm pretty much admitting to you that I like to snack.  I just want it to stay healthy.

Thanks, in advance, for your suggestions!

creepy crawlies in your food... 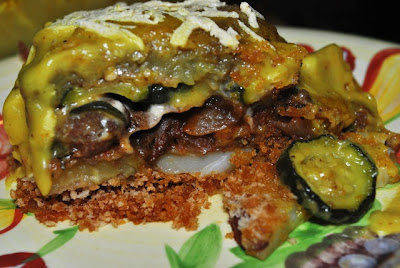 While chatting with a my lifelong friend/sister, Barb, on Facebook the other day she mentioned a couple of her mom's family recipes, Moussaka and Stifano.  I think of Moussaka as a Greek lasagna, usually made with eggplant and ground meat, lamb or beef.  It has layers of potatoes, a tangy tomato meat sauce, cheese,…

The second recipe Barb sent for me to try last week was a Stifado.  Stifado dishes are stews, and they are easy to recognize: they include onions - a lot of onions. The most commonly used are whole small boiler or pearl onions, but larger onions can be used as well, and the quantity is often equal in weight to the main ingredient.…

I'm a vegan, I LOVE chocolate. The only thing I love as much as Chocolate is to travel. I absolutely love to travel. For many years I was a Vegetarian traveller, which has it's share of challenges. It is unbearably rude to decline food when offered almost everywhere in the world. And when you don't eat ANYTHING, that can lead to uncomfortable situations. It's pretty easy to travel vegan in the tropics where there are…

yummy alternatives :) what are yours??

Tonight I tried the Boca "chicken" nuggets and wow they were good!my kids were stealing them off my plate and didn't know the difference :)

companies that TEST on animals

Companies that TEST on animals - had to add Avon, Estée Lauder & Mary Kay to the list :( bummer! there's also a link to cruelty~free companies too :) pass along the word... cruelty is never in fashion!

how to make a yummy vegan red rhubarb crumble!

how to make a yummy vegan red rhubarb crumble! :)  SO delicious! and easy too!

When Hubby and I went vege my fur-babies (three plump cats) became sad; no more meaty treats from the table.  After months of the cats begging and then looking offended by our meatless offerings my cats discovered some new food loves.  My big lumbering boy cat fell in love with unsweetened almond milk.  My morning cereal bowl is a not-so-patiently awaited   prize.  Which he is currently enjoying.  The best was the Tofurkey.  Three cats going nuts to try and steal my sandwich, working in…

Oh my gosh, these are good! Those were words from my husband and I every time we split one of these last night.  So glad I immediately popped most of them in the refrigerator.  That way they aren't in our view to pick up every time we walk in the kitchen. We really do have to give these away today because although they are vegan, they do have lots of sugar.  We shouldn't be eating all of these. My friends Christy and Les are moving today.  They have lots of help, I am sure, she has at least…

Let's get some things straight.

Because I've been dealing with this enough from this website and it's PISSING ME OFF I am going to make a post about it. Please keep in mind that while this should be directed at a few persons from this website, that this is going to just be a general notice. In light of that sentiment, I will be using the generic "you".

Geo, I am totally opposed to any ideology that means a peaceful coexistence between humans, animals, the earth, and do not condone any of your peaceful, ethical, humane behavior. Instead of unsubscribing to your posts or defriending you because of your radical beliefs, I choose to attack and criticize your obviously more healthy lifestyle every chance I get. Im… I made some awesome tofu quiché in muffin cups yesterday.  I created a variation of my friend Felicia's recipe.  She brought some to the last potluck and I always have some tofu and fresh veggies around. Thought I'd give it a try this weekend. This is an easy meal and can be made with just about any vegetables.  She did find out while creating her recipe that the… 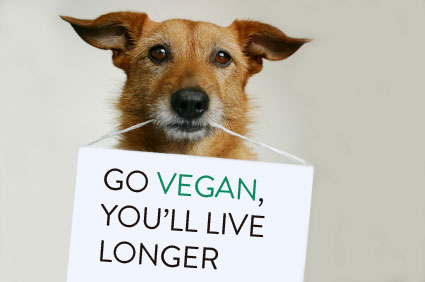 1. SLIM DOWN AND BECOME ENERGIZED
Vegans are, on average, up to 20 pounds lighter than meat-eaters. And unlike unhealthy fad diets, which leave you feeling tired (and usually…

Something I said a while ago, thought it would be relevant:

The countries with the highest rates of cancer, osteoporosis, high cholesterol, and just sickeness in general, also correlate with the countries that have the most meat and dairy intake.
Maybe, just maybe, all the glamorization of it is just for profit, and not for your health; just like those prescription meds that only masks symptoms and leave you perpetually hooked for life. Maybe we're afraid to question ourselves…

Health propaganda, pseudo health facts, fallacies, call it what you will, misleading information manipulated and put out there that are completely false. Corporate money paid for false claims. And this needs to be fixed.

Sitting in my nutrition class today, I find myself unable to withhold myself from not taking my 'professor' seriously. The 'My Plate' that replaced the My Pyramid which has a cup alongside the plate of what your foods be divided like labeled 'Dairy.' I almost…