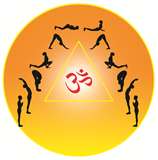 Location: in the hearts of the mahasiddhas
Members: 253
Latest Activity: May 2, 2020

Anyone using this sirshasana pose here?Continue

IF U GUYS ARE HAVING PROBLEM IN DOING MEDITATIONDO ONE THING, STICK A SHAKTI CHAKRA ON WALL & GAZE IT AS LONG AS UR EYES DONT FEEL TEARYSECOND METHOD, LIT A CANDLE & GAZE ON ITS FLAMEI HAVE…Continue

The Sattvic or Yogic Diet By Gary Gran, CYT, D.Ay.  from http://www.yogachicago.com/jan05/diet.shtmlSattva is defined as the quality of…Continue

Have you practiced Yoga during your pregnancy? Did you use a Teacher or a class online?Did it help you?ThanksChristelleYoga4mothers.comContinue

awesome Maria!!! yoga really does that! the muscles when subdued really control our inner breath which controls our mind!!! one of the best cures for a restless mind is yoga!!!

We should keep in mind that yoga is an eight-fold system, of which asana, or posture is the 3rd limb and pranayama, breath regulation, is the 4th limb.  I hear so many people say "I do yoga."  Here in Cincinnati, there is even a studio called "You do Yoga."  I have learned to be patient when I hear this.  However, yoga is not something you do.  When one observes Yama and Niyama (the yoga 10 commandments); when one practices yogas' physical aspects of Asana, Pranayama and Pratyahara; when one stills the mind with the techniques of Dharana and Dhyana; when one experiences the peace of Samadhi, one is not "doing" yoga, one is LIVING it!  I know it's just a word, but there are so many people out there who "do" yoga...I urge you to PRACTICE yoga, and you will understand "yogah citta vrtti nirodhah:" yoga stills the fluctuations of the mind.

Hey Mark...good point!!!! My Aikido teacher used to say the same thing. He said we had to live the principles of Aikdo, even when we are off the mat in the dojo.  Also my non-violent communication teachers said that we have to live and breath NVC and not just practice it!  Beyond what you said, I will also back you up by saying that yoga can be done without asanas, such as just being mindful.  That is why I made this group for those who practice meditation and not just asana.  Thanks for you knowledge.  Please start a thread if you feel the motion.  We need to all learn from each other about yoga!

I started a free 21 day mediation program last week and I must say that I feel great. :)

Great point Mark! Most people only think of Yoga as some sort of physical exercise. And in the US, it's become a multi-million dollar (or billion dollar) commercial market.

What is unfortunate is that the physical exercises are only a part (like a warm up) and the main goal is stillness of mind. All the physical aspects were developed for the latter part and meditation is important for that!

PS: I'm glad that this group is called Yoga and Meditation and not just Yoga!!

Agreed Laksham.  Every guru and other authority on Yoga I have ever come across says that it all comes down to devotion to God (Ishwara pranidhaana).  This is the hard part for some people, myself included.  I was raised catholic, having been indoctrinated until the end of High School.  Once on my own, I searched for spirituality, God, and never found what I've been looking for.  I consider myself a yogi, but when it comes down to it, I am lacking the fundamental requisite of devotion to God.  I can go through the motions, I practice yoga, that is as many limbs as possible, but I am still having difficulty accepting God, or even believing in God...maybe too much education...not sure.  I see it as that I am still too attached to the outwardness of life (prakrti) and not enough of the inwardness (purusha). Perhaps more will reveal itself when I am older, perhaps not even in this lifetime.  But I am aware and it is a start.

Moral: I need to be content with where I am and not dwell on where I am not.

You need to be a member of Yoga & Meditation to add comments!