Is there a connection? I've been vegetarian for a decade and transitioned as I hit my teen years, the most important development years. About the same time I developed depression, anxiety, panic attacks and a lack of appetite that left me malnourished and underweight.

I recently attempted to go vegan. It did not go down well with my family. Worried about my 'extremism', they called out doctors, who attempted to force me into a mental hospital. I avoided it by a small margin. To avoid further trouble, I have abandoned the strict vegan diet, though I will continue to minimise the dairy I consume and avoid things such as leather where possible and practicable. I'm afraid to stand by my morals and refuse food with animal products in it because it turns my whole family against me.

Having seen shocking footage such as Earthlings and having become aware of the environmental and health related damage animal based diets cause, I've become deeply upset by the majority of humanity's attitudes and their arguments to defend their carnism. I'm often misanthropic. I'm asocial - I avoid socialising with other humans where possible because I can't abide the common ignorance people have concerning their diets. I feel I'm a failure because though I've been a vegetarian for a whole decade, my family still has no intention of making that change themselves and would rather label me mentally ill than compassionate. I'm afraid, because I see that people can act without conscience and cause horrific cruelty without remorse if they profit by it.

All in all, veg*ism has opened my eyes to the extent of barbarism in our world and I despair of it. If I had never become aware, and had remained an omnivore, would I be happy instead of suicidal?

Well if you're malnourished no wonder you are depressed. You should see a dietitian because your diet is obviously very inadequate. We love seeing green people, but be green and be healthy. Being vegetarian or vegan shouldn't be harmful or extreme, but freeing and a way to optimize your health. Breaks my heart you aren't seeing these benefits.

I'm glad to hear your health has improved so much! That brings me relief, but I'm sorry you are still having trouble with certain things. Diet can go such a long way to improve things such as anxiety and depression, but often there may be stronger underlying causes. I had anxiety that lasted for many many years, and it's only just now starting to leave me alone- hard to say what it was all about, but one day I found my mood just gradually improving. I wish you lots of luck, I feel you'll find a way yet xoxo

It does help with this so much xoxo Never been happier than I am being vegan and a runner.

Since becoming a vegan my mental health has improved.

Do you have a problem with gluten?

Wow, 20 miles to one not very good shop sounds bad, though. You could go for frozen vegetables. They might not be as tasty but are normally frozen really quickly after being picked and therefore contain more goodness.

If you don't have a problem with gluten, I wouldn't leave it out. But if you do want to - oats/porridge is gluten-free, rice is ok, maybe you can get hold of gluten-free flour to make some things, but it's not as good as wheat flour.

Your household doesn't sound like a nice place to be, especially around mealtimes. :( How about you cook some really good food to show people yours is also good. Have a look at www.mouthwateringvegan.com They have some great recipes!

They seem a really tough lot that you live with. I'll look out my favourite vegan chocolate cake recipe later. You would never know it doesn't contain eggs.

Do what makes YOU happy. We can't live our lives to please others... All of us as vegans will run into that same dilemma of our families not being very supportive at first but you can't give up! They will ease off trust me. At first my mom would get angry and assumed that i was gonna get sick but almost a year later and now i have my mom decreasing her intake of meat!

Hang in there!   .... and I agree that my mental health (anxiety) improved like crazy once i went vegan. When you eat well rounded meals you definitely feel and see the benefits. Good luck! 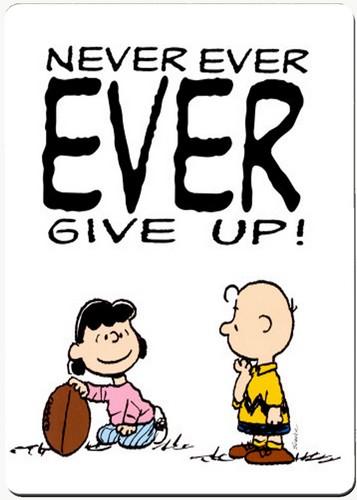 I know what you mean. Becoming aware of the horrendous lives and deaths of these animals,and lab animals too not just food animals, deeply wounds my soul. One photo can ruin my day,leaving me dwelling about how much suffering is going on now without anyone to show them mercy or kindness. It can make you hate humans,knowing that they are capable of inflicting that upon poor,innocent, defenceless animals.

I don't think you have mental health problems, I think you're very sensitive and enlightened.

Do what you can for the animals but be happy at the same time.

I've had such a similar experience with veganism <3! Yay for positivity :)!

I would say that the problem is the way people assume causality based on time frame. I would also say that they are looking for anything to point at so they don't have to actually deal with your situation. Even if you had become vegetarian years before or after, someone would blame your situation on it. I don't know if you would be happier if you hadn't become aware. I do know that you wouldn't feel the compassion that you do now.

That's true, people do look for reasons to discredit you off the bat. It's like a right of passage hah.