Not animal..Not vegetable..it grows really fast..althought they are a kind of children from the ground...some rain, some sun and they appear!!!

nope - i just kill the little bastards for my own sadistic pleasures ... and then ... i leave'em there bwah hah hah hah :P

i love most any kind of mushroom - shitake being perhaps my favorite as they're so versatile in a sammich :D

Permalink Reply by Kryssi on January 28, 2013 at 9:08pm
I eat mushrooms just about everyday! I would have never thought of questioning it...?

Permalink Reply by Tamir Yitzhak on January 29, 2013 at 5:16am
Although some vegans/vegetarians do eat them, all moral arguments aside, they are fungi, which are much closer to animal cells in a lot of ways than plants are. Also, the idea of eating molds / mushrooms is unappealing (much like eating out of the trash). In the end, since they're not animals, vegetarians/vegans should technically be able to eat them.

i suspect this is a joke but i'll reply anyway. veganism is a philosophy not a diet. we oppose animal exploitation. animals are not objectified, enslaved or exploited for profit in the process of cultivating mushrooms. you can eat them guilt free unless someone was not paid and threatened with violence during the supply chain.

I eat them fairly often. Mushrooms aren't sentient or anything and although they are fungi, they are technically a plant. Aside from that, as long as nothing is intentionally caused to suffer for them then of course we'd eat them.

i eat mushrooms because they are a fungus, a plant, not an animal. i also eat yeast, algae, mold, moss and other fungi.

I dunno. I'm a vegetarian and I eat them like on pizza and stuff. But hey, it's your dietary choice and you do what you want because free will and stuff!

I'm not a big fan of mushrooms. Don't like the texture much, but they aren't animals, so I don't have a problem eating them (if I have to). That being said, I've noticed that a handful of people have referred to them as plants. Mushrooms are not plants. They are a fungus. They belong to kingdom Fungi, not Plantae. Again, they are NOT plants.

Griffiths is quick to emphasize the scientific intent of the study. “We’re just measuring what can be observed,” he says; “We’re not entering into ‘Does God exist or not exist.’ This work can’t and won’t go there.”

In the study, more than 60 percent of subjects described the effects of psilocybin in ways that met criteria for a “full mystical experience” as measured by established psychological scales. One third said the experience was the single most spiritually significant of their lifetimes; and more than two-thirds rated it among their five most meaningful and spiritually significant. Griffiths says subjects liken it to the importance of the birth of their first child or the death of a parent.

Two months later, 79 percent of subjects reported moderately or greatly increased well-being or life satisfaction compared with those given a placebo at the same test session. A majority said their mood, attitudes and behaviors had changed for the better. Structured interviews with family members, friends and co-workers generally confirmed the subjects’ remarks. Results of a year-long followup are being readied for publication.

Here is the link to the press release. You will enjoy reading it.

As if this wasn't enough.

There's a link to the scientific publication.

There's a lot more to eating psilocybin than what one can read about.

Do mushrooms have feelings? Definitely no! Mushrooms are vegan, and I love them stir-fried in vegetables or with fried bean curd! 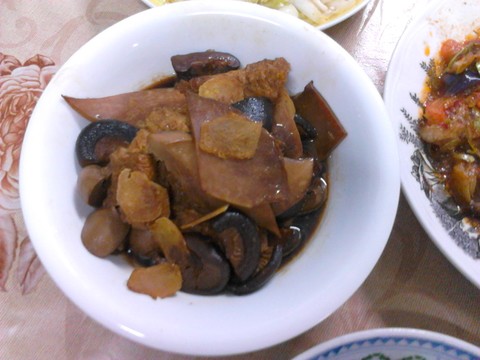