Are Women more compassionate than Men? 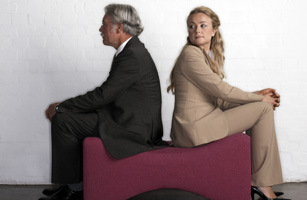 I'm not sexist or biases; I think both genders have great capabilities for being compassionate.Is it a stereotype that woman are more compassionate than men?.If we're looking at it from a scientific stand point of view,our brains are wired differently.We process emotions differently then men.Most of the time generalizations are generally never accurate.We all engage in both nurturing and fierce expressions of compassion.Love,compassion,kindness are natural to all of us, men and women, in their varied forms of expression..So,what's your opinions are women more compassionate than men??

love is love, you can`t measure how much a person loves or not loves... my vote is toward the fact that all people love as much as any other person...

I was reading a few questionnaires and studies on the topic,women do,in general,report experiencing more compassion in their lives than men report doing.Now as I said,"they reported being".A (big) part of me hates profiling and wants to scream "no!"But.....men and women have very different experiences and that they are socialized extremely differently as children.

Think about girls who are handed dolls and baby carriages to play with and boys who are handed superheroes and toy soldiers.When females cry it is seen as normal but if males do, they are often taught crying is a sign of weakness and is not “manly.” I feel that there are as many compassionate men as there are compassionate women. Unfortunately, or maybe it is fortunate, most men do not like to show this side of their selves.Is it that us women also want to see our male counterparts as more"stronger" also?

Is this not what the forums are for,for debating intelligently and opinions?I'm looking at things from a scientific point of view here, and wanting opinions from my male counterparts, it is the point.Opinions are health things,and  that's what I am looking for :)..I fine it interesting and want to know what men have to say on this subject.

O by the way, some studies also show that paternal instinct may be more behavioral then biological instincts.There's a lot of fathers and single dad's out there that would debate the maternal instincts are just a female trait.Many biologists and social scientists question the common generalizing as human stereotypes.But in many other species males play an active part in infant care.Male mice help care for their young, some male birds take turns sitting on eggs and feeding new hatchlings, and male wolves aid in feeding by regurgitating food. Male owl monkeys,titi monkeys, and marmosets carry infants around, handing them over to their mothers only for nursing.

ha ha,,, this site is the basis for arguments waiting to happen. just take a look at the archives!

I haven't studied this subject scientifically in any way, other than what was taught in primary school...but from world experience, I think it is tricky to coin a term like "compassion" in regard to women because compassion can mean many things and as it has been pointed out by some in this thread, male species are often very compassionate in things like child raising.

If you take the human species, since mothers naturally feed the baby with mother's milk, it is only natural to want to continue that and be good at it even in the years that the child has matured. This is truly a motherly instinct and males just don't have it. Those men who get good at taking care of children can do so because of just being a human person and from learning from mothers, but they just don't have the same instinct that women do, I think.

That being said...who said that mother's instinct was the deciding factor in compassion? Compassion is also how the father protects the family in times of danger or hunts/gathers for food, in the traditional primitive sense that is. So I mean I believe that men have this instinct in them which women have less of. I find that women, no matter how independent they are, generally like to be comforted more than men and that seems to make sense if they want to be in the mental headspace to be motherly, and raise children etc. In this way, I think men have a greater ability to be the rough and tough one since they do not prepare for this life event, though naturally, a man sure does need his comfort.

In Tibetan Buddhism, Women are emblematic of wisdom while it is males who embody compassion, with regard to worshipping male and female buddhas. In Hinduism, Saraswati is the goddess who symbolizes wisdom or knowledge and Vishnu is more in the position of impregnating the world who is also feminine and helping to protect it, which can be construed as compassion, to always maintain and defend. So I feel that women are seen more as a localized compassion within the family or immediate community, whereas the males are something of a universal compassion who often reach beyond the boundry of their bloodline. Chenrizig for instance is the male buddha of compassion of the universe but he also has an emanation which is female, Kuan Yin who was born of his tear drop when he saw the suffering in the world.

Well it sure seems if religions try to make males into the compassionate ones, that at least men are capable of it, even if we want to disagree and claim that it is all some patriarchical construct and women are the ones who win the prize. So it goes on and on, but I would just say in conclusion that women can be compassionate naturally about some things and men about other things, so it depends on defnition.

Other problems plague maternal instinct theories,in making the stereotype," women more compassionate than males".. In that arguments for maternal instinct, it is really difficult explaining the many examples of neglectful,cruelty,and even murderous behavior by human mothers toward their children.I'm just pointing out the facts and not attacking my gender,i am a fair person.

In tribal cultures that practice or condone infanticide, it is often the mothers who kill their infants.In the eighteenth century,middle- and upper-class women commonly sent their offspring to live with wet nurses under conditions that almost ensured an early death.During the Victorian era many women abandoned or killed their illegitimate children rather than face scandal.So,saying one gender is more compassionate then the other, just because they bare children is not really proof ,that one is more compassionate than the other.All of us can have great evil in us as well as we can great good.I have to agree with fruity statement above in full,he hit it right on the nail.

Researchers have begun to fill the gaps.They find that in the fathers of newborns are as likely as mothers to hold their babies rock them,talk to them,smile at them and look directly at them.They are also as competent as mothers in handling them. Women do tend to react more enthusiastically than men to unfamiliar babies,but there is evidence that males suppress their responses in public in accordance with social norms.I think being compassionate is equal between the genders, no one gender is more then the other.

Researching animals and humans,males or females,scientists find that compassion is innate and instinctual across the board.Research with both animals and humans shows that we naturally have an impulse to help others who are suffering..In short,compassion is natural and no gender differences have emerged across studies.And,i've very much studied the researching in area of compassion and altruism,I fine fascinating.Of course,I am a female and all that you said above is admirable,defending the female gender..lol

But, that doesn't mean that men and women experience or express compassion in the same way.Most might just be prone to seeing compassion through a feminine lens and so miss the ways in which men try to show compassion.Since sympathy is seen as a more “feminine” trait more acceptable for women to express,women may have learned to both communicate and recognize it more easily.But,does not make men less compassion.Socialization has played a effective impacted on how men and women learned to communicate emotions such as kindness and compassion.The reason we might think that women are more compassionate than men is that we think of compassion in only one way;nurturance,kindness,softness,gentleness,and emotional warmth.We think of compassion in mostly feminized terms.But,expressions of deep compassion are not always nurturing or maternal.Think of the many heroic acts that happen daily in which people throw themselves into dangerous situations to help others.These are fierce,courageous,and even aggressive forms of compassion.That men do daily put themselves on the line for others.From our police force,fire department  or your everyday hero and etc..

Rather than suggesting that women are more compassionate than men,I would argue that they can differ in their expression of compassion.

Onto the next subject;Choices from a court system does not make one gender, more compassionate then the other.Again,a system that more follows social norm's, in granting custody to one gender or the other.Choices from another person, doesn't provide scientific proof of compassion in genders..There're just as many fathers that want to have custody of their children, as there are mothers.And,there are just as many neglectful mothers as their are neglectful fathers.There're just as many males that have joint custody of their children.Making choices when it comes to children, is really not a key factor in proving or scientific fact that one gender has more of a level of compassion.That is more of  social norms in societies court system, giving custody to females,to be honest the court system it self has biases.But, putting that choice in hands of a small child or children?Who would ever do such a thing, to make a child choose between parents.Letting children do that themselves, that would be just cruel pegging a child against each parent.My own personal opinion; My mother and father I love both of them equally, if the choice was there,they would shared me equality.I would stay with both equal time as I would the other.Because,i love them both equal and they did me.

Again,rather than asking whether men or women are kinder or compassionate the question should rather be; What are the countless of beautiful forms in which compassion expresses itself?

Permalink Reply by Stephen M. Atwood on August 9, 2013 at 11:34pm
Depends on the cultural background. A person's behaviour is sculpted by the behaviour of similar persons in an attempt to become socially accepted in their specific culture.

People are not born cultured; they become so through education and upbringing.Every individual learns to be cultured.The objective and symbolic forms of culture are not implanted in man.In order to master them, to make them his own, to incorporate them in the structure of his personality and thus cultivate that personality within.Without education and self-education there could be no culture, and certainly no cultural progress.It is education that relays cultural values from one generation to another and helps to multiply them.The constant accumulation of cultural values places increasingly complex demands on education as a most essential form of the creation of culture.But,we're talking about compassion between the genders.